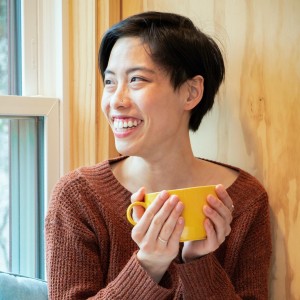 There Are Three Types of People and Only One Type Succeeds. Which One Are You?

You may have heard of Jordan Peterson.

He’s a clinical psychologist and Canadian professor, infamously known for his refusal to call transgender students by their chosen pronouns in protest of Bill C-16 (now a law). He rose quickly into the limelight and became the role model for young men attracted to alt-right ideologies.

He also wrote a book called 12 Rules of Life, a book I’ve quoted in many of my posts.

Despite the controversy surrounding his public figure, reading his book fundamentally changed my life for the better. (To be clear, I’m a young, queer, Asian female.)

As I started digging into his plethora of Youtube videos and lectures, I stumbled on one where he said something that stuck out to me.

In the video, Peterson speaks on the Biblical story of Cain and Abel, and how Cain was missing the mark with his sacrifice to God.

“If sin is “missing the mark,” then people miss the mark by either not aiming or not having the skill.”

He packed a lot into one statement, so I decided to break it down in this article.

First off, he’s referencing the actual meaning of the word “sin” in the original Greek, which means to “miss the mark” (although there’s some debate about whether or not that’s how it’s used in the Bible).

It’s a useful analogy that, along with his book, has defined the basis of my success in recovery from sex and love addiction this year.

The Person Who Doesn’t Aim

This person doesn’t understand the importance of playing the game or may not know there’s a game at all.

Someone may not aim because they don’t believe in aiming. Perhaps they would rather strike out on their own and reinvent the wheel.

“By three methods we may learn wisdom: First, by reflection, which is noblest; Second, by imitation, which is easiest; and third by experience, which is the bitterest.”

For myself, I learned the third way, and can attest to the hardship of trying to create a worldview from scratch, solely based on the experiences I’ve had and trying to figure out “what’s right for me”.

In the preface of 12 Rules of Life, Dr. Norman Doidge says this about moral relativism:

“We are rule generators. And given that we are moral animals, what must be the effect of our simplistic modern relativism upon us? It means we are hobbling ourselves by pretending to be something we are not. It is a mask, but a strange one, for it mostly deceives the one who wears it. Scccccratccch the most clever postmodern-relativist professor’s Mercedes with a key, and you will see how fast the mask of relativism (with its pretense that there can be neither right nor wrong) and the cloak of radical tolerance come off.”

Instead of acknowledging that some pieces of wisdom have longevity for a reason, they may want to “see for themselves” and “make their own mistakes”.

Another example of someone not aiming is someone who doesn’t know what they’re aiming for. If you don’t know what you’re aiming for, you can’t really aim at anything. This could look like not knowing what you enjoy or what kind of person you want to be. You may blend in softly to the people around you to avoid rejection, or maybe you only have a faint idea of who you actually are. You don’t know why you do what you do, and haven’t really thought about it.

The last kind of person who may not be aiming is someone who doesn’t think they can achieve their aims. They may have an inkling of who they want to be, but they let their doubts and insecurities keep them from even trying. Maybe they tried once and failed, or they haven’t really tried at all. If they truly lack confidence, they may even try to keep themselves from dreaming at all.

This may result in:

The Person That Thinks They’re Aiming

The person that isn’t really motivated to win. They keep throwing the same way over and over again. They may sometimes hit a bullseye due to sheer luck, but they have no idea why.

The people in this category may evaluate situations on a case-by-case scenario, depending on how they feel, leading to an inconsistent and chaotic life.

They are stuck in a cycle of insanity where they can’t actually tell if the consequences were good or bad for them, and thus keep doing the same harmful behaviors and wondering why it’s not working.

Although these people may think they’re aiming, their actions show otherwise.

They are unable to perceive the consistently negative outcomes of living one way over the other.

“You can only find out what you actually believe (rather than what you think you believe) by watching how you act. You simply don’t know what you believe, before that. You are too complex to understand yourself.” — Jordan Peterson, 12 Rules of Life

The Person Who Is Aiming

This person is moving towards knowing where they stand, is aiming at the bullseye, and is continuously learning in order to improve.

They’ve decided that they want to aim, know where they’re aiming, and are committed to taking steps to improve.

They don’t necessarily even have to know where the bullseye is. For example, they may not have a clear image of who they want to be or where they’re headed.

What they do know, however, is that they want something better.

They understand the cause and effect of their actions. They know that one night a week drinking doesn’t seem like a lot, but over the course of a year or a decade, it can keep them from achieving their dreams.

They are figuring out what they’re actually capable of. If they can be honest with where their skill level is, and not be in denial about it, it means they have a solid foundation to aim consistently.

Unlike the other types of people, this person knows where they currently stand (self-awareness), which means they can develop the skill to consistently achieve the same result.

A happy life is a consistent life, not a chaotic one. This means that when you behave in a certain way you can get the outcome you desire.

How Should I Aim and What Am I Aiming For?

“You can find such somethings by asking yourself (as if you genuinely want to know) three questions: “What is it that is bothering me?” “Is that something I could fix?” and “Would I actually be willing to fix it?” If you find that the answer is “no,” to any or all of the questions, then look elsewhere. Aim lower. Search until you find something that bothers you, that you could fix, that you would fix, and then fix it. That might be enough for the day.” — Jordan Peterson, 12 Rules of Life

It’s easy to make your aim be lofty or more complex than it needs to be.

However, according to Peterson, you just need to focus on those three simple questions and improve a little bit every day.

Also, you should aim for virtue.

“What’s considered a virtue?” you may ask.

Simple enough, right? Basically, it’s,” Do what makes you happy.”

Not the kind of happiness that only lasts a single moment, but one that makes you and the people around you collectively happy in the long run.

Lastly, observe the people around you.

The more you aim, the more you’ll start to see people who are “doing it right”.

Take what works for you. Leave what doesn’t.

If you start seeing that life is a game that you can actually improve at, then you can take up the responsibility to actually try. Once you start trying and looking for the right things, the more you’ll realize what “the right things” looks like. The future version of yourself will continue to morph and grow as your present capabilities start increasing.

Once you start seeing yourself grow, the more confidence and hope you’ll have in yourself.

If you can get to the gym every day this week, your dream of a six-pack gets a little clearer.

If you can write down ten things you’re grateful for every day this week, your pessimism and cynicism might turn itself around.

If you fold a few shirts every day, that mountain of clothes might not be so daunting.

Start small and chip away at it every single day.